The UK’s specialist PH centres are meeting more of the national standards set by the NHS, according to a new report into their performance.

The eighth National Audit of Pulmonary Hypertension, based on data gathered between 1st April 2016 and 31st March 2017, showed significantly more of the targets were met compared to the previous year.

The audit also showed improvement in many other areas, including the measurement of quality of life. The NHS standards set out that quality of life questionnaires should be recorded for patients at least once a year. The target set was 90 per cent and the centres hit 88 per cent – which is a 14 per cent increase on the previous audit period.

Plus, more patients than ever (91 per cent) received a right heart catheterisation before being diagnosed, representing an increase of three per cent. The target set was 95 per cent.

Iain Armstrong, Chair of the PHA UK, said: “It’s fantastic to see improvement in many areas, which is testament to the staff who work extremely hard in what we all know is a high-pressured NHS. It’s also very encouraging to see that significantly more of the standards have been met compared to the previous year, cementing the UK’s specialist centres as the envy of the world.”

The PHA UK played a vital role in setting up the National Audit of Pulmonary Hypertension by funding its first year in 2010. The audit is now funded via NHS Special Commissioning in England, and managed by NHS Digital (formerly The Health and Social Care Information Centre) in Leeds.

The PHA UK has produced a summary of the National Audit of Pulmonary Hypertension. To download your copy, please click here 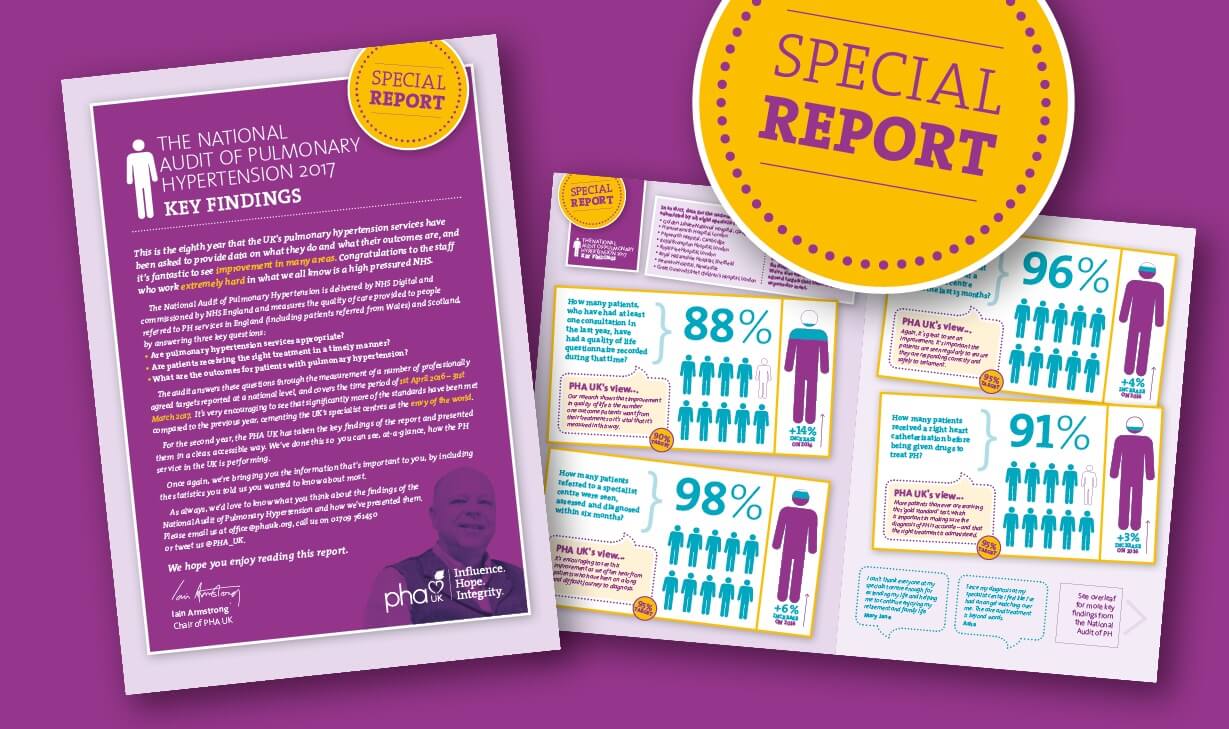